If 2016 did anything for cybersecurity, it was to prove that truth can end up wayyyyyyy stranger than fiction (where fiction, of course, are end of year prediction pieces).

I have plenty of opinions of where I think it’ll get weird next year, but instead I think Mike Mimoso’s “Four New Normals for 2017” is a pretty fantastic read, and a far more pragmatic view on what new baselines we are working with.

Regardless of what the adversarial, technological, political and economic environments throw at us next year; if we stay vigilant and pragmatic, and as entreprenuers and problem-solvers seek to “see around corners” and prepare where we can… Everything will be OK.

In the meantime, I’ll leave the prediction stuff to Bill Murray.

Wikileaks’ release of thousands of confidential CIA documents today is yet another demonstration of our just how vulnerable the cybersecurity domain is. Unless we do a better job identifying our vulnerabilities, attackers – be they criminals, hacktivists, hobbyist, or nation state agencies – can and will 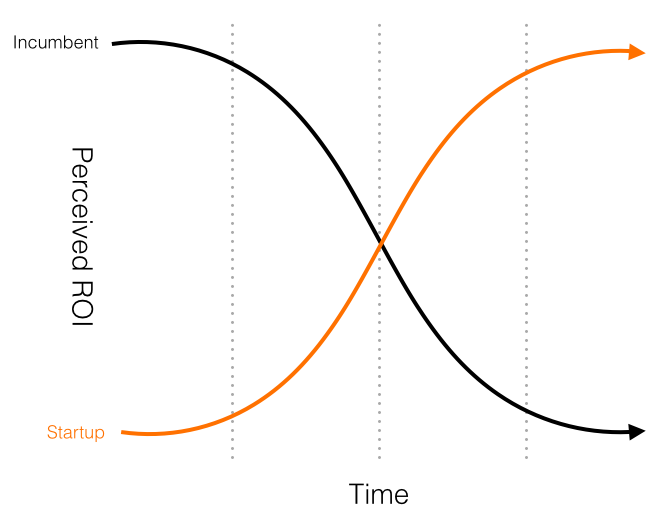 When building a product or company that’s designed to disrupt a sleepy incumbent there are four phases of typical interaction you’ll have with your future competition.